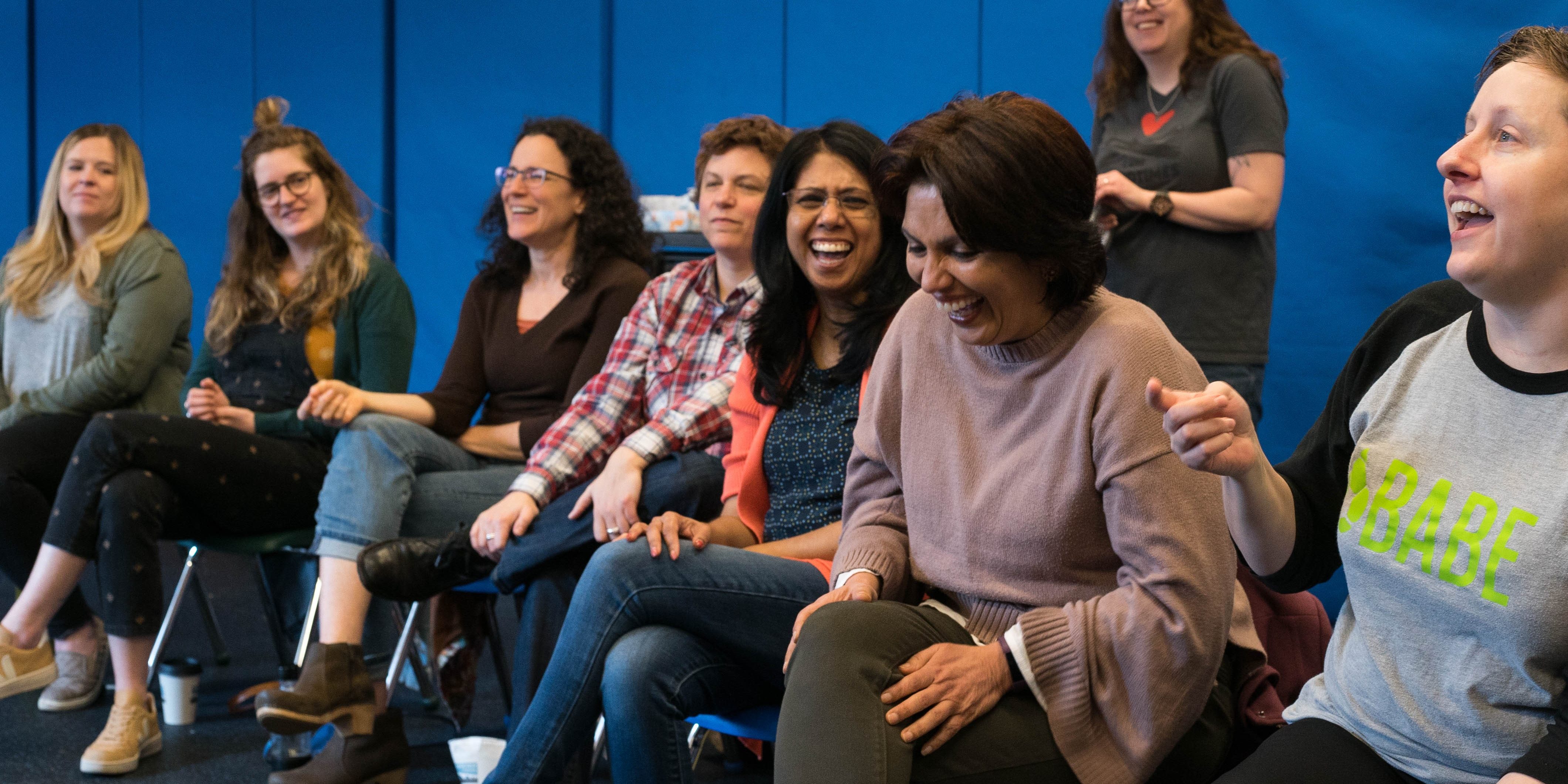 My imagination ran wild. Creativity poured out of nowhere. I had never thought much of Improv until I experienced it. I became a fan right away. It was 3 hours of non-stop laughter. But it wasn’t just that.

When Sharmin suggested that we attend an Improv class, I jumped right in. I had done acting in plays before and had enjoyed it. This would be something similar, yet new. Once at Jet City Improv (in Seattle), we met some new players and many experienced ones. I learnt that it wasn’t that similar to acting in the play. There wasn’t a rehearsed script. We were simultaneously forming and performing. The performers on the stage were feeding off each other. The improvisation happened along the way and some super scenes were created in the moment. I saw creativity at its best. The obvious reasons of trying an improv like getting out of your comfort zone, thinking on your feet etc.; were all present. It was the unexpected which prompted this post. There was so much to learn from this sport.

The best improve scenes were the ones where the rapport and real-time collaboration between the performers was its finest. I learnt this first-hand from a mistake. In our scene, the cue from the audience was skate-board. As my partner pulled a chair, and pretended to put on the skates, I asked her what she was doing. She said she was putting skates on. I said, they were not skates. From then, we were in recovery mode. Luckily for us, it came out quite funny in the end. However, the cardinal rule of improve is that you don’t say NO. It is always building on ‘Yes, and…’, which builds the flow.

Improv performers will rarely reject anyone’s ideas and will build upon each new contribution.

Thankfully, my partner was experienced and could masterfully move us from where I wanted to go to where we wanted to go. It is the ‘I to We’, which this craft clearly demonstrated.

It is an important lesson for any place which needs creativity and cooperation.

Performers were comfortable in foreground or background as the role required it. There was clown scenario where one performer who was acting as the clown, took the lead. The second performer became the anchor for her, as the clown was on the center stage. It was that dance, which made this scene so memorable.

I saw it in multiple scenes.

The performers let each other shine. The took turns being leader, follower or equals. It was all about team success. The team success was giving audience the best experience. They improvised as they listened astutely not just to each other but also on how the audience/customer was responding.

There is no place for egos in Improv.

Wouldn’t it be great if we were able to mimic that in the real world; drop egos and titles and let go? And when there are faux pas we recover quickly, holding each other’s hands, instead of blaming each other.

I am also certain that this activity engaged a different part of brain and let me turn off the rational brain. I experienced, especially on the stage, a complete state of flow, almost as if I was on a high, letting all my inhibitions go. I made some ridiculous stuff up in those acts. Likely my amygdala receded and dopamine and oxytocin levels rose. Since I was not wired and, in an MRI, to measure my brain activity, I was curious if there was any research to support my hypothesis. I found NIH (National Institute of Health) studies which support that during Improve, the medial pre-frontal region of the brain ‘takes five’ to let creativity flow for the performers. There is even an increased manual activity in the sensory areas during improvisation like hearing, seeing, touch etc. They concluded that the creativity comes from turning off of the analytical brain and releasing neurons which will form new

connections. Deliberate and rational thinking will block that. Weighing of pros and cons is not creative.

Every once in a while, let the unconscious mind do the work. Or try Improv!